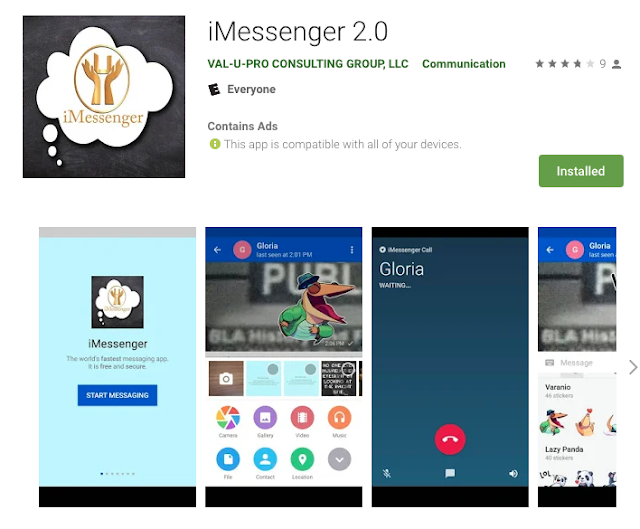 Continuation of this real story -


Where are we now?

We just submitted our response letter to the non-office action to USPTO. As this information is publicly available, we are sharing the same on this legal knowledge exchange capital/commission (LKEC).

This response letter is in addition to what was already shared with Mr David Collier in an email format and during a phone conversation. These communications with Mr David Collierthrough emails and a phone conversation happened right after we received an office action letter and email from the USPTO office on August 12, 2019. In addition to those communications, we would like to present a detailed response for concerns presented in the office action letter.

We would like to start this response letter by sharing our understanding of this legal process for registering trademarks calls for a fair consideration to be given to both the sides, the incumbent trademark that has been in the marketplace before against the challenger, new entrant trademark. While giving due consideration to both the sides, we also believe that it is important that the Intellectual Property Clause as outlined in Article I Sect. 8, Cl. 8 of the United States Constitution is given prominence, "reflect[ing] a balance between the need to encourage innovation and the avoidance of monopolies, which stifle competition without any concomitant advance in the "Progress of Science and useful Arts" while taking our filing into consideration.

Coming to the argument presented on the doctrine of stare decisis or decisions based on precedence that we presented, we agree with the point of view that precedence need not be the only way to determine legal decisions. As outlined in a comprehensive research article written by Mr Jeremy Waldron (https://repository.law.umich.edu/cgi/viewcontent.cgi?article=1095&context=mlr), rule of law requires a layered approach encompassing various aspects such as,

In other words, rule of law should not be confined by one particular aspect such as stare decisis, while making the final decision. Whereas, the underlying decision should revolve around all the facts presented for the case in hand under the current context and environment. Further, we would also like to present an interesting finding of zeroing in on trademark decisions based on totality tests and the dominancy tests (https://www.lexology.com/library/detail.aspx?g=173ad3b6-d480-4c2c-bc7b-1b84dae17e1b).

Definition of Dominancy Test:
“The dominancy test focuses on 'the similarity of the prevalent or dominant features of the competing trademarks that might cause confusion, mistake, and deception in the mind of the purchasing public. Duplication or imitation is not necessary; neither is it required that the mark sought to be registered suggests an effort to imitate. Given more consideration are the aural and visual impressions created by the marks on the buyers of goods, giving little weight to factors like prices, quality, sales outlets, and market segments.”

Definition of Totality Test:
The holistic or totality test necessitates a 'consideration of the entirety of the marks as applied to the products, including the labels and packaging, in determining confusing similarity. The discerning eye of the observer must focus not only on the predominant words, but also on the other features appearing on both labels so that the observer may draw conclusion on whether one is confusingly similar to the other.

Based on these legal findings from the literature, we would like present our side of the case starting with our defense against the likelihood of confusion between our mark and the trademarks pointed out in the office action response.

We would like to present why we don’t believe that there should be a likelihood of confusion between our mark with the mentioned trademarks.

The trademark of ours in question, IMESSENGER, is an application that serves the purpose to communicate with each other through text messages, and voice calls. Additionally, this messenger application (or, app) offers other features such as adding and sharing audio content, include emojis, and images. Our chat app also provides a way to communicate in a safe and secure way. These kinds of applications come under application based software provider (ASP) or Software as a Service (SaaS). Being specifically an app, our organization have also coined this feature as Application based Software Service (ABSS). This product in question is currently primarily offered through the Android platform – Google Play Store, and through our own eCommerce platform, Amazebaba.

2. Why do we believe that there should not be a likelihood of confusion?

If we were to consider these five factors with our submitted mark, and compared with the mentioned marks such as, I. AOL Messenger 2. Instant Messenger 3. IMESSAGE, we believe that there should not be much likelihood of confusion in terms of sound, appearance, meaning and commercial impression. Moreover, if we were to consider the holistic commercial impression that includes design, logo and product description presented for our messenger app, it would be difficult for users to get confused between our product with other products in the marketplace that is supposed to have similar marks as the one submitted by us.

3. Further, going by current context and environment, AOL has winded down their offering of messaging tools in 2017 and do not offer any messaging based tool any more (https://www.theverge.com/2017/10/6/16435690/aim-shutting-down-after-20-years-aol-instant-messenger). Additionally, even the description of the goods and services offered by AOL’s trademarks appears to be away from our IMESSENGER product offerings.

Moreover, our product is primarily offered through the above-mentioned platforms and should not interfere with iOS based IMESSAGE messaging application.

4. Any application based software service requires clear product description in the form of labels, images and logos as presented above irrespective of the underlying platform. Moreover, in this digital world, consumers could easily identify the source and nature of product offering, especially in the digital gadget space.

We believe that this particular case cited as an example against our argument of using stare decisis and precedence for earlier approved “IMESSENGER” trademarks seem over-extended. The precedence that we presented involved the same name that was approved not once, but twice by USPTO in the same class of products and service offerings (telecommunication services). Moreover, the other mentioned trademarks that has been outlined for our mark were approved after IMESSENGER was an officially approved trademark. For that a matter, Apple’s IMESSAGE mark was approved after more than a decade since IMESSENGER became an approved trademark.

In the above-mentioned cited case of In e USA Warriors Ice Hockey Program, Inc., , there was a mention of another prior case revolving around Strategic Partners (In re Strategic Partners, Inc., 102 USPQ2d 1397 (TTAB 2012)) where the two trademarks in question both got approved due to co-existence of the cited registration for more than five years. However, the USPTO examiner for the Ice Hockey Program case did not see this precedence relevant due to the similarity in various features of the two hockey marks such as design, services and the name.

If we were to compare this cited case with ours, the presented example is in a totally different product space compared to ours. Most importantly, as mentioned above, the cited case involved similarities in name, services and logo that resulted in the examiner negating the approval of the trademark (https://ttabvue.uspto.gov/ttabvue/ttabvue-86489116-EXA-13.pdf).

Whereas, we believe that our mark does not interfere and conflict with any of the cited marks for reasons mentioned above (1 – 4). Moreover, the duration of use of the mark came into play in examiner’s decision for the cited case (Hockey and Strategic Partners). In our case, we are not making any claim about the duration of use of our mark. Instead, we believe that the complete bundle that goes with the mark such as, product description, mode of offering, logo, labels that we present for this product is distinctly different than what is offered for the other cited existing trademarks, and should not cause any likelihood of confusion to the consumers/users of this application (https://play.google.com/store/apps/details?id=com.wiMessenger_5172678).

Furthermore, we would like our mark to be approved to protect us from clones with exactly same names and product offerings that are currently available through Google Play Store and other third-party stores. We had shared the supporting evidence showing other similar IMESSENGER apps offered through the android platform that were added afterwards in our last office action response letter.

Please note that the applicant did not provide any arguments against the descriptiveness refusal that was issued in the initial Office action.

We did not present our defense for this concern as we believed that the precedence for the mark, IMESSENGER, getting approved not once, but twice in the past (as pointed out for the “likelihood of confusion” section) should automatically address this concern. We also would like to cite that if the cited trademarks such as, IMESSAGE could fulfill this criterion, we believe that our mark should also be given due consideration as a distinctive character. For that matter, IMESSAGE mark faced refusals in EU, Croatia, Switzerland, and French courts due to presumed lack of distinctiveness coming from the mark sounding like e-message or in other words, electronic message. Here is a section from this reference article that confirms this decision in many other parts of the world.
(https://www.ip-talk.com/en/2019/04/05/imessage-cautionary-tale-of-an-allusive-trademark/)

Unlike the cited case of IMESSAGE, IMESSENGER, should not have such confusions with other common terms.

To wrap up this part, we would like to reiterate to the examiner to consider doctrine of stare decisis while making a decision on distinctiveness for our mark. Furthermore, as pointed out for the first question, this mark is usually offered in alignment with product description, label and logo, which should automatically make it a distinctive character.

III. Substitute Specimen – Does Not Show Mark with Specific Services 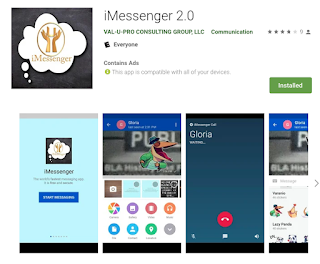 Here are other products in this space with similar product offerings that has been assigned with IC # 009, 038 and 042. (Please see attached tables) 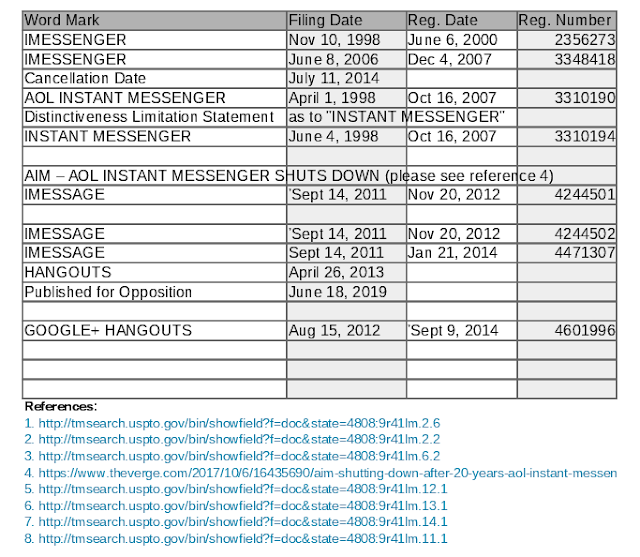 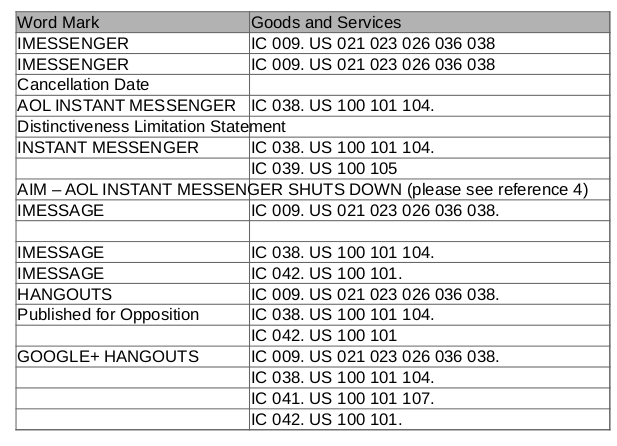 OUR FOUNDER, Dr. SRIKANTH S. KIDAMBI WITH Mr. CHARLIE CHAPLIN
The below video is one good example for Ads and Reality. This ad was shown in the year, 1955, about a pill that was supposed to reduce weight.

Disclaimer: This ad need not be representative of all the ads out there.

HISTORICAL ACCOUNT  OF THIS TRADEMARK
Why did we file this trademark application in the first place?
In this global stage where intellectual property practices might favor those with resources and also not bounded by the same rule of law across the world, we had our own reservations to file any trademark to save time, efforts, resources and money. But, our IMESSENGER application that provides avenue to chat and call with a decent set of features was randomly removed from the Google Play Store one fine day under the pretext that another entity had claimed likelihood of confusion of our product with theirs. The entity in question was Apple.
Though there are other products with the same name, IMESSENGER added later on the Play Store which still exists, and many more variants of the same name and IMESSAGE being there in the marketplace (please see below in the "SUPPORTING DOCUMENTS" section), it made us wonder why only our product was taken out of the Play Store. For that matter, th…

We had posted in 2017 (please search LegalDhoom for Oracle and you will find our earlier presentation on this article) about our concern on the use of transformative fair use favouring one company over another with regard to the Android platform. Since then, the case has evolved and it appears that everyone has pounced on it.

Here is the latest story: