TO THE INTERNATIONAL COURT OF JUSTICE (ICJ):

The International Court of Justice:

The establishment of UN and ICJ was to bring order to the world based on our experiences from prior wars and other issues faced in the past. As part of this objective, it is of utmost importance that this organization plays an important role to make certain that right leaders are running the countries and the world. Though we might not see a direct relationship between the character of a leader and the performance of a country, it is important to have true leaders who set example for their masses. When there are questions about the degree and qualifications of leaders, while one of the vital component of the world's economy happens to be the educational institutions, it is important to be certain that the leaders have gained proper qualifications, which should be confirmed by proper means rather than having questions of the claimed degrees and educational status. In the same way, when common masses are scrutinized for all kinds of laws including taxation law, the same scrutiny appears to be minimal for the politicians and officials running the country. Here is one example:

In the same way, when 700000+ have died of Covid-19 in one of the "developed" countries, fatalities among politicians in terms of percentages appear to mismatch with that of the masses. More detailed analysis will be presented in our AnalyticsPie article soon.

Many times, wars in different forms are connected to the economy in question, and having a debt-based corporate world and ever increasing public debt appears to not help on this front. Yes, debt is an essential part of running organizations, but as per data out there, the overall corporate debt load in the US alone is around 11 trillion dollars, and we still see companies having valuations that is not matching with the fundamentals in terms of profit or revenue. Is it what we would like to see in a corporate world? Moreover, such practices could create an environment where powerful corporations could become even more powerful preventing any upcoming organizations with integrity focused values to come up.

Also, making larger organizations even more powerful would impact in many other ways such as

I am certain that ICJ would be aware of different connections out there in this interconnected world. I believe that this article captures the gist of such connections. 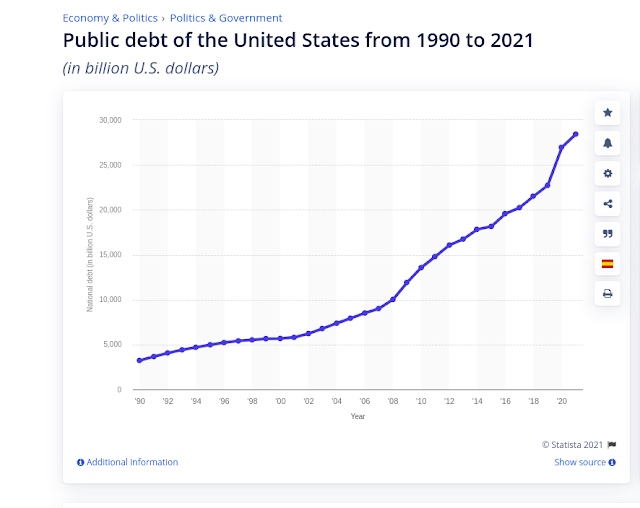